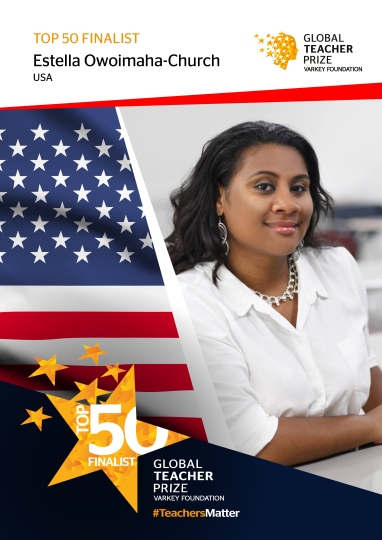 “Find ways everyday to avoid the isolation,” reflects Estella Owoimaha-Church, a top 50 finalist for the 2017 Global Teacher Prize as she discusses the heartfelt validation she felt among colleagues at the recent ceremony in Dubai. “The isolation, I think, is what leads to the depression and teachers leaving the field in […] hoards, it’s the isolation – we’ve got to figure out how to avoid that. So connecting with like-minded teachers and working with like-minded teachers, and doing everything we can to uplift the entire profession. I know that’s hard and we maybe didn’t sign up for that, but I think it’s kind of on us now and I appreciate Varkey, Mr. Sonny Varkey and the Varkey Foundation, for what they’re doing to do that around the world. We’ve got to avoid the isolation.“

The high rates of incarceration in the United States are felt far beyond prison walls. From resentment, anger and a student track record that went from a gifted and talented student on the brink of failing out of High School, Estella understands firsthand the impact of 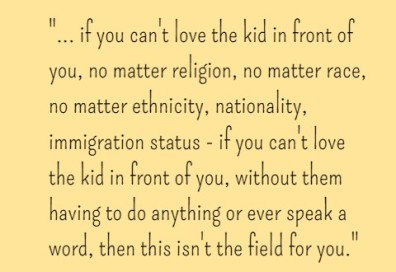 digging herself out of a hole she dug herself into in a subconscious attempt to lash out at her imprisoned mother.

Despite her difficult upbringing, Estella spends time describing the need for teachers to be willing to have an open heart and to learn from their mistakes. Her vulnerable honesty about her childhood, migrant parents, imprisoned mother and an eventual rebound thanks to some very inspirational teachers she’s had along the way, helps to capture Estella’s passion for teaching to the whole child.

Validation is another component of Estella’s work as a Varkey Ambassador, as she also recognizes that many in the education field have long felt demonized in this profession. Listen in as she describes her sincere feeling of validation among other finalist at the recent Global Teacher Prize ceremony in Dubai and how, if she could, she would bottle up that feeling of validation and pride and share it in every teacher’s morning cup of coffee.

Chat with Teachers on iTunes